“That’s a Funny Oboe” The Bassoon Fights Back 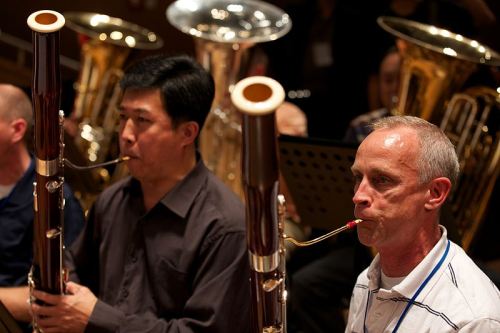 One of the least assuming instruments of the orchestra has been forefront in the press recently, as virtuoso Dutch bassoonist Bram van Sambeek is featured promoting a dramatic campaign to save the bassoon.
The initiative began in January 2015, when the Artistic Director of the Holland Festival, Ruth Mackenzie announced a new scheme to bring attention to instruments under threat.
The campaign started with seven short bassoon commissions and the launch of a new website for the Dutch programme, since when #savethebassoon has gone viral.
Media attention in the UK has focused on Sambeek. He is an attractive ambassador for the bassoon: A top-flight soloist and the first bassoonist ever to have received the Dutch Music Prize. Conductor Valery Gergiev described him as,
"All in all a combination of being artistically involved, motivated and being gifted, being a very nice person, and also being a little bit unusual!"
But the issue runs deeper than a viral campaign and a charismatic soloist. The bassoon, a double reed instrument and the larger relative of the oboe, is one of the more difficult instruments to learn, and student bassoons are more expensive than many other starter instruments. To put it in perspective, a beginner ‘mini-bassoon’ can cost about £2000, where a reasonable quality violin outfit could be bought for around £150. Student numbers are low, with fewer applicants for music colleges and orchestral places, and the knock-on effect of cuts to music education mean that there is now a shortage of bassoon students at specialist music schools such as Chethams. The ABRSM statistics for numbers of graded music exams taken worldwide in 2013 show the bassoon second lowest, with only 1009 applicants. The only instrument with fewer exam entries was the tuba.
The bassoon has also never been seen as a solo instrument. The repertoire and available styles of music are perceived as more limited than the guitar or clarinet, which are widely used in pop and jazz music.
Bassoonist Tom Hardy who spoke on BBC Radio 4 about #savethebassoon says,
"There is no question that we need more young players taking up the bassoon as patterns in schools and music centres around the country have shifted drastically. In some areas the local music service has no instruments or teachers, and funding opportunities are much harder to create. In other places the bassoon is thriving thanks to the dedicated and hard work of individuals and music hubs."
Tom had over 70 emails from bassoonists and bassoon teachers in the run-up to his BBC interview.
" I heard from one young professional from Salford who had been able to learn on an instrument provided by the music service, with free lessons. In the last few years Salford had their funding cut and those opportunities are no longer there." 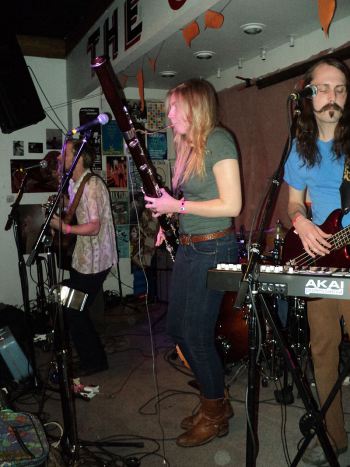 There is also an issue of awareness of the instrument. Sambeek is quoted as saying that he wants to promote the bassoon because only 1% of people on the street actually know what it is.
"It starts in the primary schools with children being made aware of all the instruments and what they sound like."
Says Tom
"This is often where you capture their imagination. The bassoon has an incredible range and beauty. The use of the bassoon for expressive melodies fills the repertoire!"
The bassoon has always been less popular than some other instruments, but according to the emails from Tom Hardy’s list of bassoon colleagues, recent funding cuts in some areas have meant that instruments are being sold off to buy more ‘popular’ alternatives such as saxophones.
UK bassoon player Laurence Perkins has responded to this with his International Bassoon Day Project, which starts on 11th October and extends to a three-month campaign to encourage young people to take up the instrument.
There’s also the Big Double Reed Day on November 29th, an annual event to inspire and encourage bassoonists and oboists of any age or playing level.
The bassoon has also always been a minority instrument, and bassoonists have always had to work to promote it, whilst simultaneously putting up with people asking how their oboe playing is going. Tom explains,
"When children hear the bassoon and like it, they are our future bassoonists." 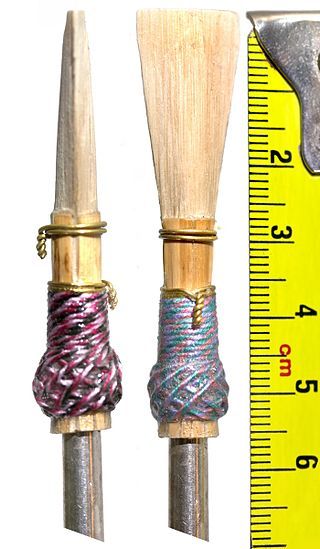 But with the climate of cuts, the lack of confidence in classical music teaching and the perception of orchestral instruments in comparison to the lure of the pop-band, raising the profile of the instrument can be a challenge: A challenge that is being met by passionate musicians and inspired teachers.
The UK press coos over Sambeek’s introduction to the instrument by his mother – he heard it before he saw it, and fell in love with the sound. Reporters focus awkwardly on the quirkiness of the bassoon, identifying it with the Grandfather in Prokofiev’s Peter and the Wolf and making schoolboy jokes about flatulence.
But bassoonist Jackie Hayter says,
"I love the bassoon because it’s a bit different. You wouldn’t play the bassoon at school if you wanted to blend in with the crowd. Saying that, I didn’t exactly shout about it! I loved the sound, the wood, the way it looked. To me, seeing someone play it in the school wind band was like Christmas. I never found it ‘funny’. Some people hear the bassoon and snigger, which I always find peculiar. I don’t think anyone who plays the bassoon would have ever cracked up at the sound."
She puts the lack of engagement from students down to practicality and image.
"I generally find that kids don’t want to carry it, or they don’t want to be the kid on the bus with the box. I never thought about these things but I guess times have changed.
It’s not easy to start off on the bassoon. I think that you have to try that bit harder to make the bassoon cool. It’s not mainstream. But I guess the point is that can be cooler than a lot of other instruments."
Maria Thomas, Founder and Artistic Director of the Music Workshop Company, knows a bit about the unique experience of learning a double-reed instrument.
"I took up the oboe at the age of 9 and one of the defining experiences is the frustration of trying to find the ‘right’ reed. Luckily my Dad is an oboist too, so I had lots of support and help. Good oboe reeds cost between £15 and £20 and can last for months or for one concert. They are made of thin bamboo. They can be damaged very easily and can be affected by the weather, by damp or overly dry conditions. A familiar sight in any orchestra is that of the oboist fiddling with reeds, surrounded by specialist tools such as reed knives, plaques and mandrels. The oboist’s paranoia over the state of their reed is almost as big a source of orchestral humour as the perceived incompetence of the viola players!"
There are great benefits to playing a double-reed instrument, not least in the form of many wonderful pieces of orchestral music; soaring oboe solos such as the slow movement from Brahms Violin Concerto, the slow movement from Tchaikovsky Symphony No 4, Prokofiev Classical Symphony, and on cor anglais the Franck Symphony. And there’s chamber music including the Mozart Oboe Quartet, Malcolm Arnold’s Three Sea Shanties for Wind Quintet and Britten’s Six Metamorphoses after Ovid. The bassoon deserves its place amongst the stars of the woodwind, as demonstrated in the opening solo of Stravinsky’s Rite of Spring.
Maria remembers a similar initiative to promote the bassoon when she was at school, when the structure of music education allowed for more opportunity to explore orchestral instruments. She hopes that children will, like bassoonist Bram van Sambeek, have a chance to choose their instrument based on its sound, and is making sure MWC plays its part.
"Our new Orchestral Workshop, which we premiered at Rushey Mead School in July, was really encouraging. Four MWC musicians spent the day introducing children to the instruments of the orchestra. The workshop culminated with the children making their own cardboard instruments, which included violins, trombones and bassoons, before joining a mime-orchestra. This gave them a tiny taste of the experience of playing in a big group of musicians." 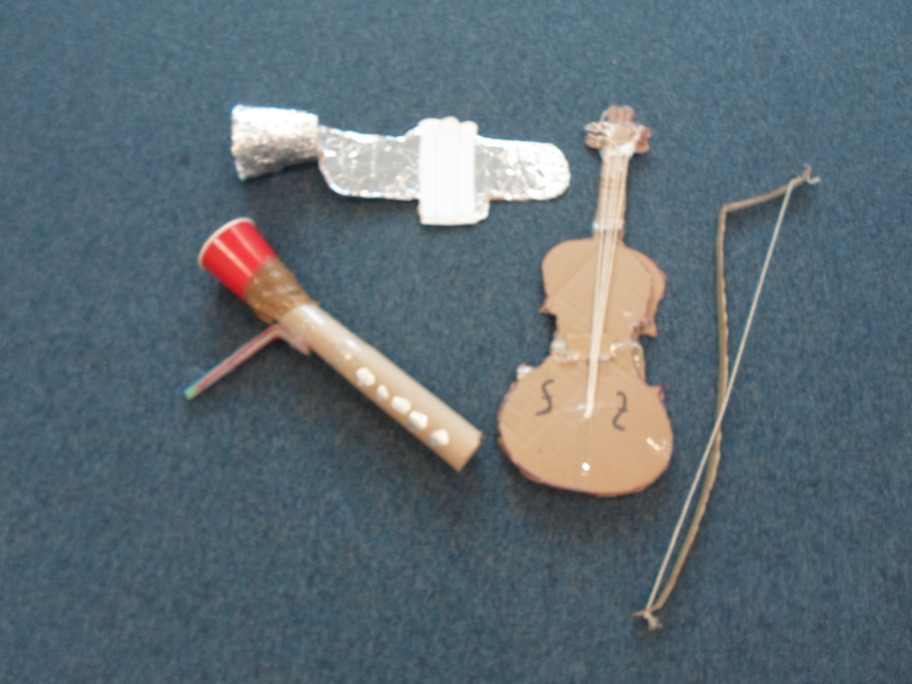 There are lots of great schemes nationwide to introduce children and young people to classical music, some of which we discussed in our blog A Focus on Listening.
And the unusual #savethebassoon currently trending on Twitter will at least encourage more people to appreciate and enjoy the beautiful sound of the instrument.
"The bassoon is one of my favourite instruments. It has the medieval aroma, like the days when everything used to sound like that. Some people crave baseball… I find this unfathomable, but I can easily understand why a person could get excited about playing a bassoon. It’s a great noise – nothing else makes that noise" – Frank Zappa
Tagged as: BASSOON, MUSICAL INSTRUMENTS
Share this post: