Music and the Great War 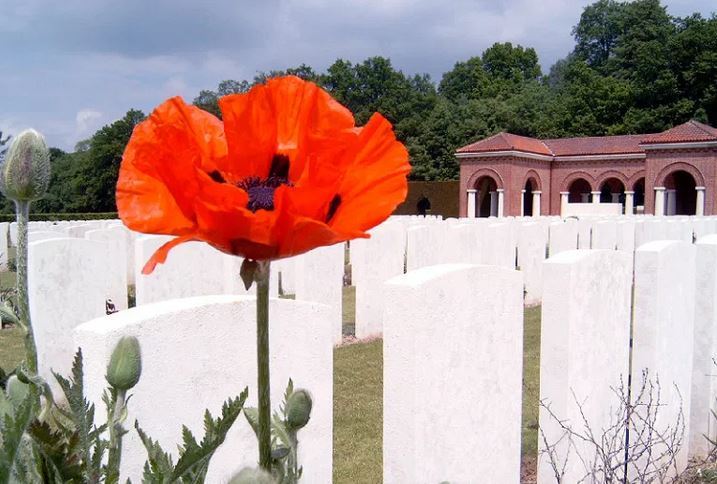 July 2014 is the 100th anniversary of the start of World War I, a horrific global event, but one that has faded into deep history for today’s children. It is important and challenging to find new ways to look at subjects like this one, giving a fresh and personal perspective where children might struggle to relate to a difficult, almost unimaginable topic.
One way to approach study of the Great War is to look at individual stories, which are accessible through compositions, poetry, performance or artwork. Composition workshops can serve to investigate music and emotions. Writing and listening to music can be accompanied by creative writing, poetry and artwork, encouraging students to explore events from a perspective that underlines their historical, cultural and personal importance.
One famous piece that tells a story of the war is The Lark Ascending by Vaughan-Williams. The Lark Ascending was a poem by the English poet George Meredith. The poem was written in 1881, and inspired Vaughan-Williams’ famous composition of 1914. The piece resonates with images of a peaceful, bucolic England, which no longer existed by the time it received its premier in 1920. There is no evidence that Vaughan-Williams intended to portend the start of the war in the music, but the final bars of the Lark Ascending leave off almost as though interrupted, cut short.
On the day that Britain entered the Great War, Vaughan Williams was on holiday in Margate on the Kent coast. He would have seen ships engaged in preparatory exercises, and would undoubtedly have been affected by the prevailing mood. A small boy observed the composer making notes and, thinking the man was jotting a secret code, informed a police officer. The composer was arrested. 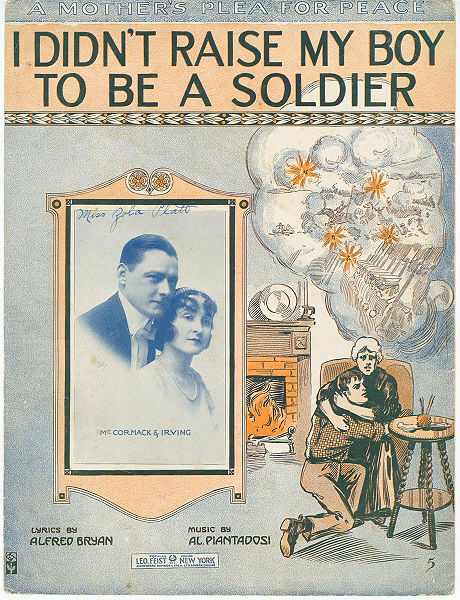 Vaughan-Williams was 41 when World War I began, and although he could have avoided war service entirely, he decided to enlist as a private in the Royal Army Medical Corps. He spent some time as a stretcher-bearer in France and Salonika (Macedonia) before being commissioned as a second lieutenant in the Royal Garrison Artillery. On one occasion, he was too ill to stand; yet he continued to direct his battery whilst lying on the ground. In 1918, he was appointed Director of Music, First Army, which began his re-adjustment to musical life, but he did not resume his composing until 1920. Prolonged exposure to gunfire caused him to gradually lose his hearing, which made him severely deaf in his old age, a tragedy for a musician.
Another English composer, George Butterworth, was a close friend of Vaughan-Williams. In 1911 and 1912, Butterworth wrote eleven musical settings of A.E. Houseman’s poem, A Shropshire Lad.
A parallel can be drawn between the often gloomy, morbid subject matter of the poem, which was written in the shadow of the Second Boer War, and the Great War of 1914.
Butterworth was shot through the head by a sniper during the Battle of the Somme. His body was buried by his men, but lost in the fierce bombardments of the following two years, echoing Houseman’s line from The Lads in Their Hundreds, which tells of young men who leave their homeland to ‘die in their glory and never be old’. 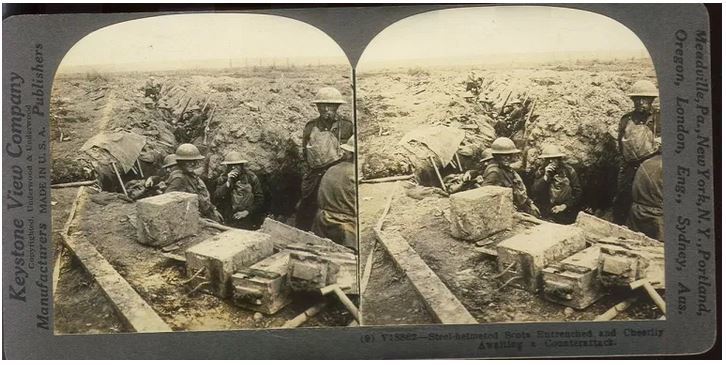 Another interesting piece of music that tells a story of the war is the 1930 cello concerto by Frank Bridge, Oration.
Bridge was emotionally scarred by the carnage of the war. His strongly held pacifism prevented him from enlisting to fight, but the social disruption caused by the war and its aftermath affected him deeply. Around this time, the style in which he composed underwent radical changes. Before the war, he had composed in an expressive, almost suave idiom reminiscent of Brahms and Fauré, but after 1920 he became fascinated by the progressive German expressionist composers, particularly Alban Berg.
Oration alternates ghostly funeral marches with outbursts of horror, indignation and fear. It is as much a desperate warning for the future as an elegy for the fallen. A piece such as this gives a dramatic window into the sensitive psyche of the composer and his feelings about war. The cello line is chillingly expressive, vocal and descriptive. Bridge died suddenly in 1941, the darkest period for Britain during the Second World War.
Frank Bridge also wrote Lament for Catherine, which appears in two arrangements, for string orchestra or piano, for a nine-year-old girl who died in the sinking of the Lusitania in 1915. 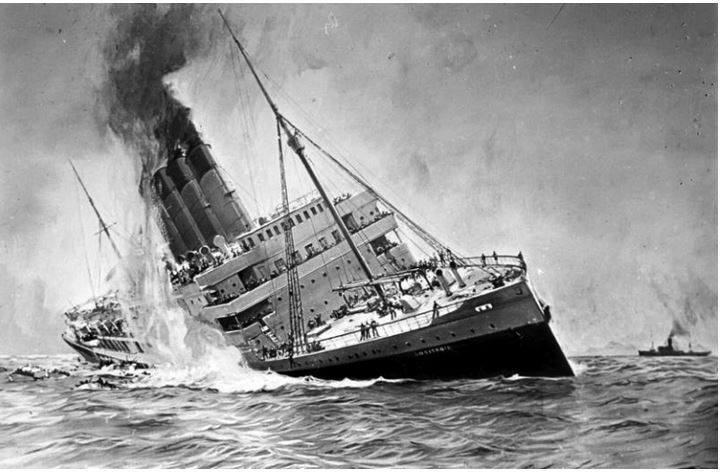 Many people involved in the Great War wrote diaries, which are another fascinating and personal way to access the events. Violinist Fritz Kreisler, who died in 1962, wrote a book of his experiences called Four Weeks in the Trenches, The War Story of a Violinist.
Kreisler was invalided out of the army after a short stint at the front, but his memoirs give a strong impression of the disturbing effects of service, the awful conditions and the stoicism with which they were endured.
Other listening material could include popular music of the time, with song lyrics giving a cheerful twist to the situations encountered by normal people in an extraordinary situation.
Titles such as Pack Up Your Troubles in Your Old Kit Bag, When I Sent You a Picture of Berlin and Bless'Em All evoke a powerful sense of the feelings of hope and loss of everyday people.
Just as music from other cultures can give us a vivid window into the lives of people from all parts of the globe, think outside the box and find new ways to use the music and musicians of World War I to give a fresh perspective on a 100-year-old tragedy.
Listen to our Songs of the First World War Playlist.
Other Resources:
Another inspiring war story this September is a show called Made in the Great War. Fiddle player Sam Sweeney tells the tale in music, storytelling and film, of his violin, which was begun in 1915 and left unfinished in the workshop of luthier Richard Spencer Howard, who was conscripted to fight in the war in 1915.
Howard died in 1917 in the battle of Messines in Belgian West Flanders. The parts of the fiddle were left in a manilla envelope for 90 years before the instrument was finally finished. A story like this gives a real sense of the interrupted, or cruelly short lives of people in wartime. The show tours the country from September 3rd to 28th.
Tagged as: FIRST WORLD WAR, GREAT WAR, SINGING
Share this post: