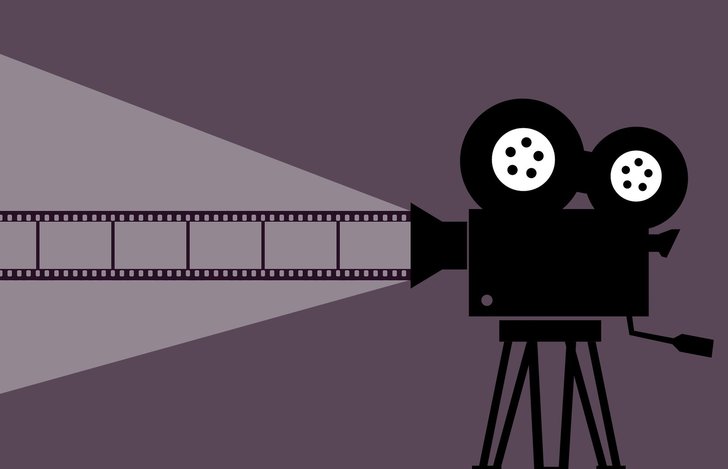 Music has been a big part of film since the early moving pictures, when live music was performed, usually by a pianist, to add atmosphere to silent movies.
When ‘talkies’ were introduced in 1927 with The Jazz Singer, featuring Al Jolson, music was again an important part of the film, and today it plays an integral part in films of all genres, from the opening overture, introducing main themes whilst the credits roll, to gestures highlighting climaxes or emotions and reminding audiences about things the characters may not know about.
Movies often use a mix of pieces, some scored especially for the film and some pre-composed. The first full length movie score was written by Max Steiner for King Kong in 1933…
…but in his 1942 score for Casablanca, he incorporated a range of well known pieces such as the French and German national anthems alongside his own work.
As films evolved, genres developed specific sounds. War-themed films generated music such as The Dam Busters by Eric Coates and The Great Escape by Elmer Bernstein, historical films gave us Ben Hur by Miklos Rozsa, and the wonderful Lawrence of Arabia by Maurice Jarre, Westerns, The Magnificent Seven by Elmer Bernstein and The Good, The Bad and The Ugly by Ennio Morricone.
Bernard Hermann became well known for his scores for Hitchcock films such as Psycho and Vertigo which are still linked strongly to Hitchcock’s images.
Many composers’ work for films is strongly linked to the images they accompany. This is particularly true of Howard Shore’s music for The Lord of the Rings, Hans Zimmer’s scores for Pirates of the Caribbean, Gladiator, The Dark Knight Trilogy and Sherlock Holmes. Perhaps the most famous film composer is John Williams who wrote the music for Harry Potter, ET, Indiana Jones, Jaws, Superman and Star Wars: One of the most iconic film scores of all time.
Listen to The Imperial March (Darth Vader’s theme) here:
Williams uses themes or leitmotifs to represent characters, emotions and places in the films, reminding viewers of information they know but the characters don’t, or suggesting emotions that have not been revealed. This technique comes from opera – composers such as Wagner used leitmotifs in a similar way!
Alongside orchestral scores, popular music has also been part of film since The Jazz Singer in 1927. From the 1930s onwards musicals from Broadway or musicals written especially for film have been popular from the Marx Brothers films and Judy Garland, the Mickey Rooney films of the 1930s, My Fair Lady and The Sound of Music in the 1960s, to the 2002 film of Chicago or the 2014 remake of Annie.
Pop songs have also been used in films, from the disco tunes of Saturday Night Fever, to theme tunes such as Bryan Adams’ Everything I Do for Robin Hood, Prince of Thieves or the Wet Wet Wet hit that accompanied the British comedy sensation Four Weddings and a Funeral.
One of the most famous film series to make use of pop songs is James Bond. Hit songs from the films include Shirley Bassey’s Goldfinger, Paul McCartney’s Live and Let Die, Carly Simon’s Nobody Does It Better, Duran Duran’s A View to a Kill, and Adele’s Skyfall which was the first Bond movie theme to win the Academy Award for Best Song:
No matter how simple, and whatever the style of music, the intricacies of harmony, melody, tempo and rhythm create an irreplaceable emotional backdrop for the story, deepening empathy, raising the heartbeat and offering experiences of familiarity, comfort and association. Next time you’re home alone watching a scary movie, try switching the sound off to see how quickly it loses it’s power to chill!
Tagged as: BERNARD HERMANN, ENNIO MORRICONE, FILM MUSIC, HANS ZIMMER, HOWARD SHORE, JOHN WILLIAMS, MAX STEINER, MUSIC IN FILM, SOUNDTRACK
Share this post: