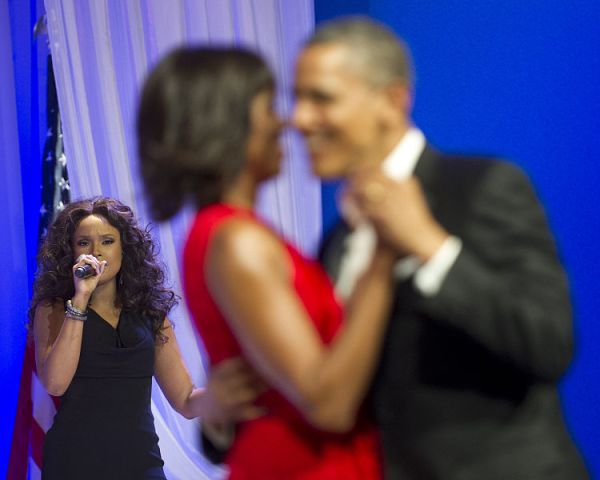 TV talent shows have always made for gripping viewing. From programmes such as Opportunity Knocks and Stars in Their Eyes, the familiar format that takes ordinary people and thrusts them to stardom has long been popular.
These days many of the shows with highest ratings feature normal people being shown to excel at some task, whether that be cooking, baking or singing. Celebrity spin-offs abound, but always with the implication that the star is performing outside his or her comfort zone, on the level with the viewer.
There are criticisms that today’s highly produced talent shows are exploitative, but the lure of instant success along with the competitive thrill keeps us watching. Seeing the progress of a contestant from the first audition right through to the record deal gives a sense of, “I knew her back when,” as well as the intoxicating sense that anyone can obtain instant wealth, celebrity and status.
In the last two decades, the popularity of talent shows seems to have grown. Since Pop Idol in 2001, which launched the careers of Will Young, Gareth Gates and third-place runner-up Darius Danesh, and Pop Stars the Rivals which began Cheryl Tweedy’s career, programmes such as X Factor, Britain’s Got Talent and various shows searching for the latest musical theatre star have dominated our screens. So much so, in fact, that comedian Peter Kay even created a spoof version called Britain’s Got the Pop Factor… and Possibly a New Celebrity Jesus Christ Soapstar Superstar Strictly on Ice, a title which sums up the extent of TV coverage of these shows.
The process of manufacturing successful pop groups and artists is not new. The band The Monkees whose music is still popular today was created for a TV series, as, more recently, was S Club 7. And the Spice Girls was formed after an audition process advertised in The Stage:
"WANTED: R.U. 18–23 with the ability to sing/dance? R.U. streetwise, outgoing, ambitious, and dedicated? Heart Management Ltd. are a widely successful music industry management consortium currently forming a choreographed, singing/dancing, all-female pop act for a recording deal. Open audition. Danceworks, 16 Balderton Street. Friday 4 March. 11 am-5:30 pm. Please bring sheet music or backing cassette." [Wikipedia]
In January 2017, having lost the rights to its popular singing competition, The Voice, the BBC launched yet another vocal contest. Let it Shine, the brainchild of Take That’s Gary Barlow, will feature a search to find performers for a new musical. The winner will be offered a job rather than a transient record contract, and will tour the UK in a musical based on the songs of Take That for a whole year. Despite Barlow’s assurance that his show will be different, avoiding the negativity and mocking criticism popular in some high-ratings competitions, Let it Shine has already run into problems. There have been accusations that the result is rigged after it became known that several of the participants are already professional musical theatre actors. The media has expressed outrage that people who have already trained to sing should deign to enter a competition that might bag them a job.
Despite the obvious issue that the winner will be expected to perform one or two shows a day for twelve months and will obviously require stamina and a significant level of vocal training to do so, it was apparently expected by the public that only completely untrained singers should enter in order not to dispel the myth that this kind of success is available to everybody.
It’s the other end of the spectrum from shows such as I’d Do Anything, a search to cast the role of Nancy in Oliver! which drew resentment and criticism from theatre professionals for denying a job to working actors.
So are these talent shows a good way to launch a performing career?
Looking more closely, it becomes apparent that many of those who have succeeded in these competitions and gone on to have careers with any longevity already had some training. X Factor winner, Leona Lewis, attended the BRIT School for Performing Arts and Technology. Susan Boyle, who won second place in Britain’s Got Talent but has gone on to sell over 19 million albums and win two Grammy Awards had taken years of singing lessons before the surprising audition that rocketed her to overnight fame.
It could be suggested that elements of the pop industry are, to some extent, manufactured. Many successful artists at the moment are either the result of Industry-formed groups or talent shows, and this has always been the case. In this sense, the TV talent show simply becomes an extension of the way the pop moguls create successful artists, developing the process for viewers’ pleasure. 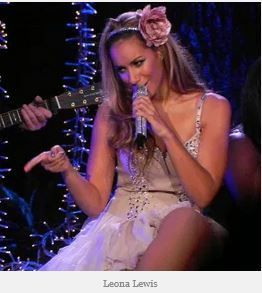 These shows give another route to a career for a few singers. Many will fade back into obscurity. The competition is tough and the criticism offered by judges on screen is rarely constructive – one-time X Factor judge Tulisa’s “You smashed it,” not really in the realms of useful feedback, and because it makes good viewing, the negative comments are often brutal.
For those unprepared for the ensuing career there are pitfalls. Contestants are generally required to sign a contract with the show that may tie them in with a label or management company that may not be interested in promoting them, and that may involve poor fee and royalty terms. And the pressures of life in the spotlight can cause public difficulty on a personal level. Kerry Katona of Atomic Kitten, a band that was created by Orchestral Manoeuvres in the Dark frontman Andy McCluskey, is a prime example of a normal person who has struggled to cope in the public eye, and Susan Boyle has well-documented mental health issues that have caused long breaks from performing.
However, despite the criticisms and temporary setbacks, music has always been a competitive business. Many runners up have ended up with more successful careers than the winner of their show. Interviews with competitors who didn’t win focus on the experience, contacts and opportunities that came from the show.
Aoife Mulholland was eliminated from How Do You Solve a Problem Like Maria in week 5 immediately went onto the West End Stage as Roxy in Chicago. In an interview with the Radio Times in 2012, Mulholland said,
"I let myself wallow for about 24 hours, then I picked myself up and realised what an amazing opportunity I had. I had training, contacts, Saturday night TV exposure so I got on the phone and set up a few meetings with different agents."
Talent show winners:
Little Mix – X Factor, 2011
Kelly Clarkson – American Idol, 2002
Leona Lewis – X Factor, 2006
Paul Potts – BGT 2007
Alexandra Burke – X Factor, 2008
Joe McElldery – X Factor, 2009
Jodie Prenger – winner of I’d do Anything now has a TV and acting career including appearances on Loose Women and Celebrity Bargain Hunt
Talent show runners up:
Beyoncé – 2nd place with her group Girls Tyme, later Destiny’s Child on Star Search 1992
Susan Boyle – 2nd place, Britain’s Got Talent, 2009
Jennifer Hudson – 7th place, American Idol, 2004
One Direction – 3rd place, X Factor, 2010
Olly Murs – 2nd place, X Factor, 2009
Stacey Soloman – 3rd place, X Factor, 2009, subsequent winner of I’m a Celebrity
Rebecca Ferguson – 2nd place, X Factor, 2009
Cher Lloyd – 4th place, X Factor, 2010
Samantha Barks – 3rd place I’d do Anything. Later the same year she won the lead as Sally Bowles in a touring production of Cabaret, opposite Wayne Sleep. She went on to play Eponine in the film version of Les Miserables.
Tell us what do you think! Are TV Talent competitions are a good way to launch a performing career? Comment below to let us know your opinion, advice and experience.
Tagged as: MUSIC CAREER, TALENT SHOWS
Share this post: