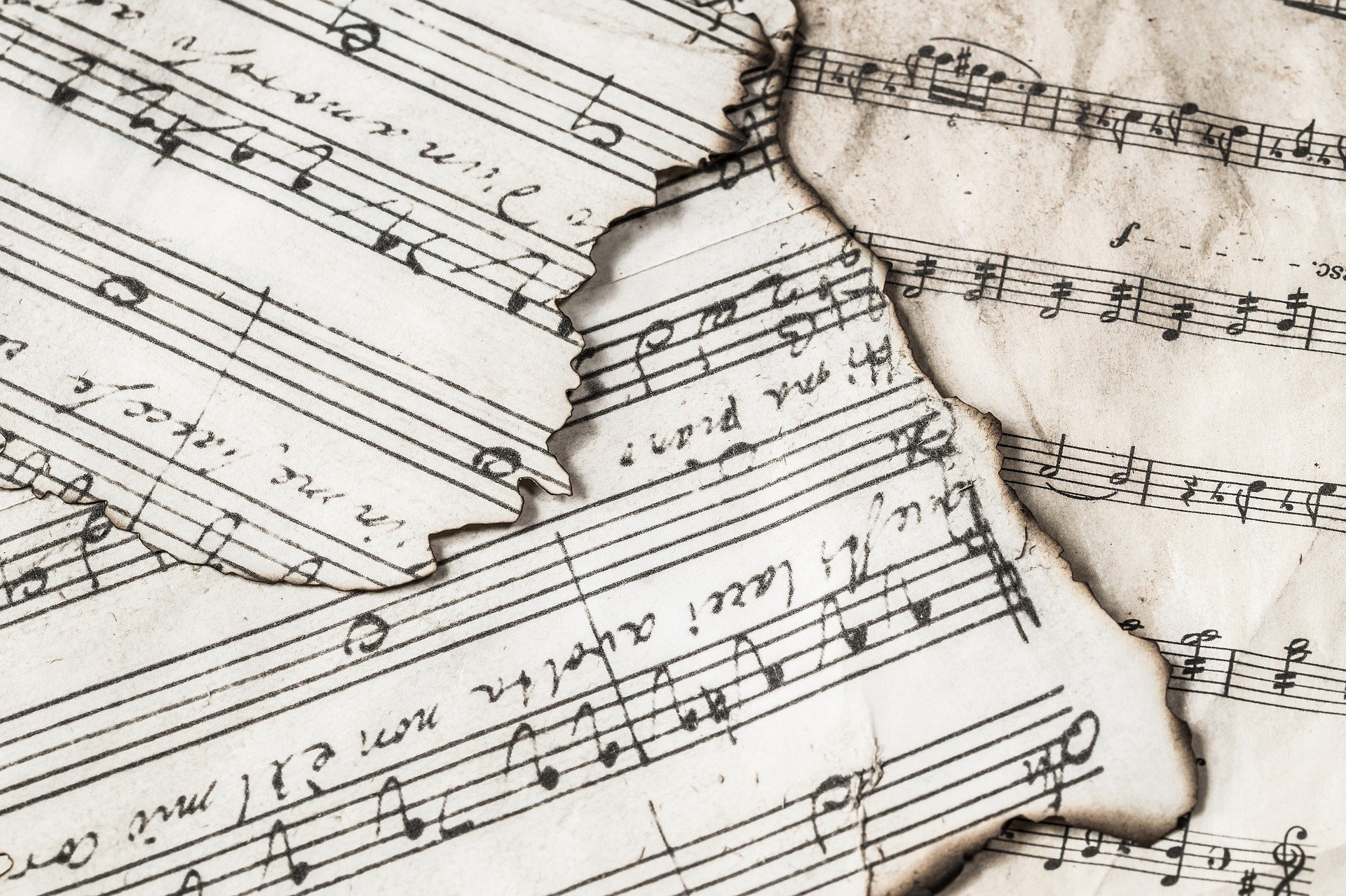 The BBC have launched this year’s BBC Young Composer competition. Previously known as the BBC Proms Inspire Competition and the BBC Young Composer of the Year, the annual competition is open to composers aged between 12 and 18 from across the UK. Winners take part in a development programme and work with a mentor composer on a composition for the BBC Concert Orchestra, to be performed at the BBC Proms in 2021 in a special young composers concert. The closing date for entries to the competition is 5pm on Thursday 11 June 2020.

The competition boasts an illustrious list of former winners including Shiva Feshareki, Kate Whitley, Tom Harrold, Alissa Firsova, Mark Simpson, Toby Young, Lloyd Coleman and Duncan Ward.
Shiva Feshareki won the BBC Young Composer Award in 2004 and has since been honoured with the 2017 Ivor Novello Award for Innovation (formerly known as British Composer Award) and The Royal Philharmonic Society Composition Prize (2009). She achieved her doctorate from the Royal Academy of Music and her research has contributed to the rediscovery of some of the early innovators of electronic music such as Pauline Oliveros, Daphne Oram and Éliane Radigue. In the 2018 BBC Proms, Feshareki performed Oram’s Still Point for turntables, double orchestra and five microphones with the sound artist and curator James Bulley and the LCO. This performance took place in the Royal Albert Hall; the venue for which the work was written.
Kate Whitley runs The Multi-Story Orchestra with conductor Christopher Stark. Her composition Speak Out, which uses the words of Nobel prize winner Malala Yousafzai, was commissioned by the BBC for International Women’s Day 2017, in support of the campaign for better education for girls. Whitley won a Critics Circle Award in 2018.
Tom Harrold’s recent projects include Nightfires, a commission from the BBC Scottish Symphony Orchestra , a Concerto for Saxophone and Orchestra for Emma McPhilemy and the BBC Philharmonic Orchestra, A Brief Nostalgia for Birmingham Royal Ballet and Queensland Ballet companies, and Unchained, a mini-concerto for percussionist Colin Currie.
Alissa Firsova won the BBC Proms/Guardian Young Composer competition in 2001. She has since received two world premieres at the BBC Proms: Bach Allegro in 2010 and Bergen Bonfire in 2015. Alongside her work as a composer, Firova is also a pianist and conductor and her triple-debut with the English Chamber Orchestra at the Cadogan Hall in 2013 as director, composer and conductor.
Mark Simpson won the BBC Proms/Guardian Young Composer of the Year competitions in 2006. In the same year he won the BBC Young Musician of the Year – he was the first (and to date the only) musician to win both. Some of Simpson’s composing highlights include the premiere of his first opera, Pleasure, with a libretto by Melanie Challenger, commissioned by Opera North, the Royal Opera House and Aldeburgh Music with performances in Leeds, Liverpool, Aldeburgh and London. He also gave the online premiere of Darkness Moves for solo clarinet, commissioned by the Borletti-Buitoni Trust.
Toby Young won the Guardian/BBC Proms Young Composer of the Year in 2006 and 2008, going on to win the International ABRSM Composition Competition in 2009. Young’s works have been performed by orchestras such as London Symphony Orchestra, Royal Philharmonic Orchestra and the Academy of Ancient Music, and choirs such as Westminster Abbey, the Joyful Company of Singers, and the BBC Singers. He is currently Composer-in-Residence with the Armonico Consort, following past residencies with the London Oriana Choir and Reverie and being the featured composer at the Kings Lynn and Stratford Festivals.
Lloyd Coleman works closely with conductor Charles Hazlewood and the British Paraorchestra, the first professional ensemble in the world comprised of disabled musicians. In 2017 Coleman was appointed as their first Associate Music Director and he wrote Towards Harmony for the ensemble. Alongside his composing and performing work, Coleman is also a presenter on TV and Radio including for the BBC Proms.
Duncan Ward won the BBC Young Composer of the Year in 2005 and now spends time both as a composer and conductor. Ward’s recent commissions include an encore for the Bamberger Symphoniker, premiered under Rafael Payare in March 2019 and Rainbow Beats, a work for orchestra for the South African organisation MIAGI (Music Is A Great Investment) was premiered on a major tour of Europe in Summer 2018 in celebration of Nelson Mandela’s centenary including performances at the Elbphilharmonie, Concertgebouw, Berlin Konzerthaus and Verbier Festival.
The competition is a springboard for up and coming composers. Winners and highly commended composers are invited to join the BBC Young Composer Ambassadors, giving an opportunity to develop an ongoing relationship with the BBC Proms. Past winners have received additional commissions from the BBC such as:
Tom Harold’s Raze for BBC Symphony Orchestra at the Last Night of the Proms in 2016
Grace Mason’s River for Proms At…Stage@TheDock in 2017 which was commissioned by BBC Radio 4’s ‘Front Row’ programme and the BBC Proms to celebrate the 300th anniversary of Handel’s Water Music.
In 2018, Alex Woolf’s The NHS Symphony which is a half-hour portrait in music and sound of the National Health Service as it celebrated its 70th anniversary. The work was nominated for an ARIAS Award (the BAFTAs of UK Radio) in the Factual Storytelling category in October 2018.
Sarah Jenkins, the 2017 winner was commissioned to write And the Sun Stood Still for the BBC Concert Orchestra
Alexia Sloane’s Brink was written for BBC Concert Orchestra and will be premiered on Thursday 19thMarch at the Queen Elizabeth Hall at the Southbank Centre, London. Details at https://www.bbc.co.uk/events/ezhn5v
The BBC Singers’ commission for International Women’s Day 2020 entitled Seven Ages of Woman features 7 composers including Helena Paish and Electra Perivolaris
Mark Simpson is currently Composer in Association with the BBC Philharmonic, works include The Immortal and his Clarinet Concerto

Each year the compositions are judged by a panel of leading composers and music industry professionals who have a keen interested in finding and developing young talent. This year the judges include Errollyn Wallen, Shiva Feshareki (former winner), Matthew Kaner and the Director of the Proms, David Pickard. More judges will be announced soon.
The judges will assess the submissions based on compositional idea, originality and creativity and entries are judged in three categories:
Junior Category aged 12-14
Junior Category aged 15-16.
Senior Category aged 17-18
(Note: age category is determined by age on the closing date)
To enter, compositions should be uploaded to www.bbc.co.uk/youngcomposer where the applicants have a form to complete alongside submitting the audio composition file. Compositions can include any instrumentation such as voices, acoustic instruments, electronic instruments and computer-generated sounds.
Past participants have highlighted benefits of taking part in the competition such as meeting people with similar interests, having the opportunity to collaborate, working with established composers and hearing their works performed by professional musicians.
So why not enter the competition this year? The closing date for entries to the competition is 5pm on Thursday 11 June 2020.
For more inspiration, listen to works by former winners at: https://www.bbc.co.uk/programmes/p030pblf
Featured images source: https://commons.wikimedia.org/wiki/File:John_W.Bubbles%27_Music_Writing_Pen(328
Tagged as: BBC, BBC ORCHESTRA, BBC YOUNG COMPOSER, BBC YOUNG MUSICIAN, CLASSICAL MUSIC, COMPOSERS, COMPOSING, COMPOSITION, CREATIVITY, MUSIC, MUSIC COMPOSITION, MUSIC EDUCATION, MUSIC HISTORY, MUSIC INDUSTRY
Share this post: