Learning at Handel & Hendrix in London 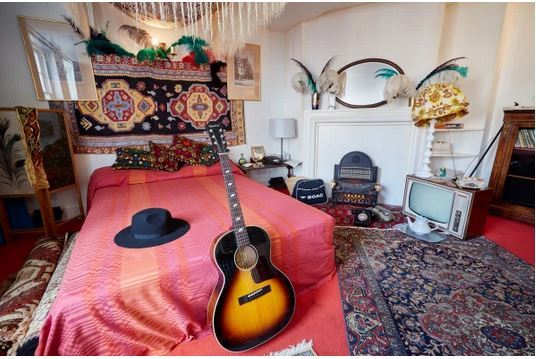 On February 10th, 2016, The Handel House Trust opened a new exhibit to the public – the London flat directly next door to Handel House, where singer, songwriter and guitarist Jimi Hendrix lived for a brief time during the late 60’s. Claire Davies, Head of Learning and Participation at Handel and Hendrix in London, shares her passion for the two great musicians…
“Separated by a wall and 200 years are the homes of George Frideric Handel and Jimi Hendrix, two artists who chose London and changed music. And now these special rooms are open to the public as Handel & Hendrix in London.
We are an organisation dedicated to promoting knowledge, awareness and enjoyment of Handel, Hendrix and their music to as wide an audience as possible through music performances, educational and outreach activities and collecting, exhibiting and interpreting objects from their lives. As the Head of Learning and Participation, I get the privilege of facilitating these activities and one of my favourite parts of this job is organising school workshops.
The rich history enveloped in the walls of these two great properties is at the epicentre of all our activities and the lives of our two famous residents whilst they lived here are fascinating.
Although Handel was born in Germany in 1685, by the time he died in 1759 he was a famous Londoner. He moved into 25 Brook Street in 1723 at the age of 38 and stayed here for the rest of his life. This was Handel’s first home of his own and he wrote over 600 pieces of music here. It was a great location for Handel’s work because it was close to the theatres in Covent Garden and Soho and to the Royal Family at St. James’s Palace. Brook Street was both residential and commercial with perfumers and apothecaries, gin shops and coffee houses near-by. Handel’s neighbours included a mixture of middle-class tradesmen and titled ‘people of quality’.
Hendrix was born in America in 1942. In 1966, at the age of 23, he was scouted and brought over to London by Chas Chandler, a member of the British band, The Animals. In London Hendrix, with Chandler as his manager, set up a band called the Experience and his career took off. In 1968 he moved into the top flop flat at 23 Brook Street and lived there until March 1969 with his then girlfriend, Kathy Etchingham. After a tumultuous childhood, a stint in the army and years of touring, this year in Hendrix’s life was his first and only period of real domesticity. He referred to 23 Brook Street as ‘the first real home of my own’.
Hendrix used the flat as his base, giving interviews, writing new songs, and preparing for his February concerts at the Royal Albert Hall. On learning that Handel used to live next door he went with Etchingham to the HMV on Oxford Street and bought some classical albums including Handel’s Messiah and Water Music. Brook Street was the doorstep to the London music scene of the late 1960s. His flat was a short stroll from legendary venues like the Marquee, the Speakeasy and The Scotch of St James and he would spend many evenings wandering from club to club looking for a chance to play.
Today these great homes have been faithfully restored; it’s like stepping into the private and intimate worlds of two great geniuses. Handel House opened its doors in 2001 and it wasn’t until February 2016 that the Hendrix Flat was opened to join forces with its neighbour. 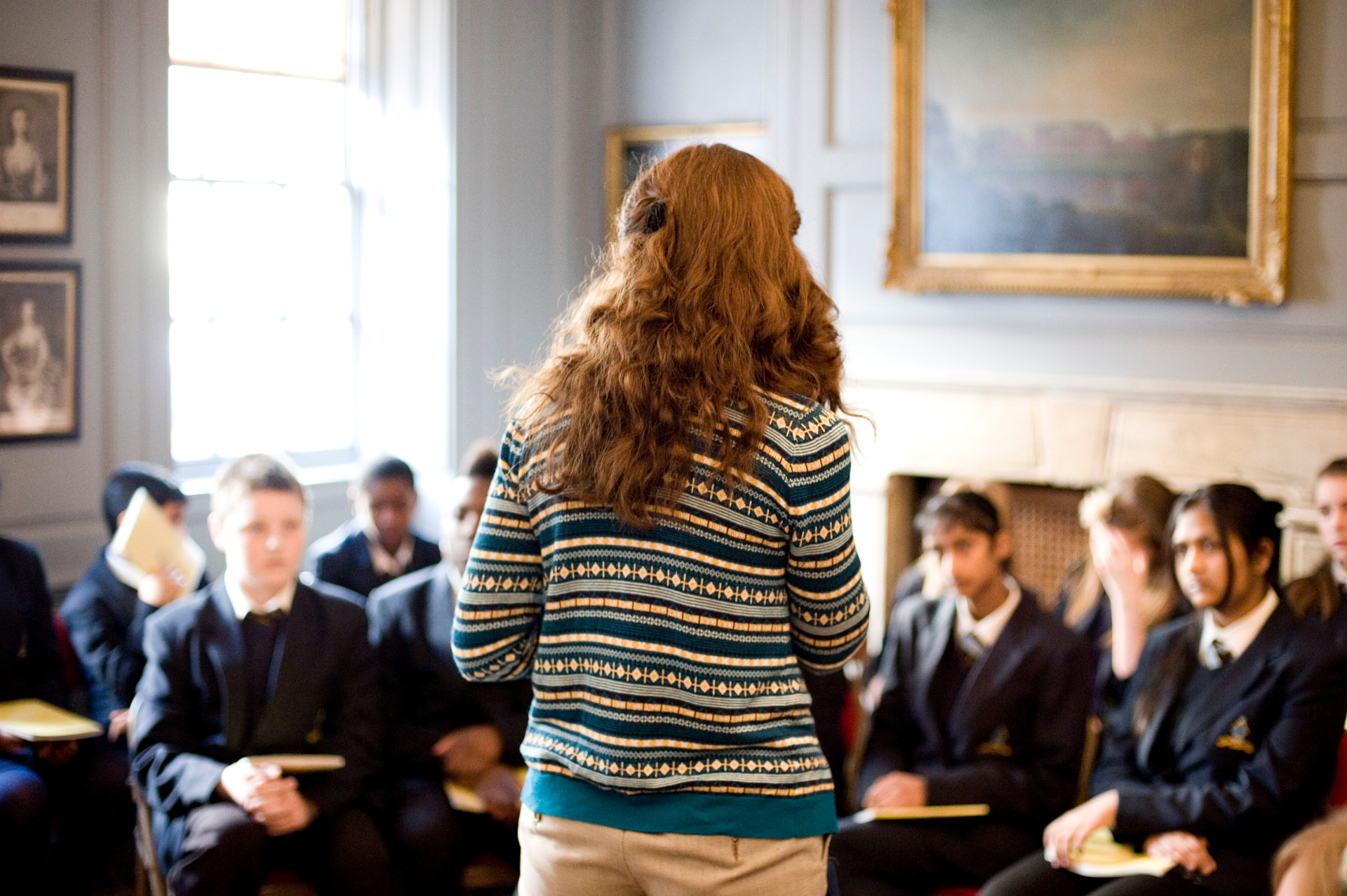 n conjunction with the opening we have created lots of new learning programmes including a new series of workshops for schools. We were concerned about how to create workshops that include both the music and lives of Handel and Hendrix in one sitting without them competing against one another. Our solution was to create a musical time machine that takes the students back in time as newspaper journalists who have to experience the London lives of both Handel and Hendrix in sequence looking at the differences a similarities of two time periods that are 200 years apart. The crucial part of this is that they end up back in the present with the prompt to think about the differences and similarities between the 18th century, the 1960s and the present day. This is skilfully aided by our in-house composers who, during the time travel journey, deconstruct the music of both men to show layers of composition technique that relate to the way that music is composed today.
The session is split into two halves: a trip around the historic rooms with our history buffs and a musical workshop with our composers where all of their investigations and observations of music from the past are brought together to create a brand new composition of their own. The trip around the buildings start with a look at objects and costumes and every child is encouraged to choose a piece of costume to wear as they walk around the rooms; it’s an eclectic sight of colour and texture! There is a focus on the differences and similarities between Handel’s bedroom with Hendrix’s bedroom and the children’s bedrooms at home to really hone in on our main objective of empathy.
The programme has been adapted to all learning key stages but we tailor make the content to make it as relevant as possible to what the students are learning at school. For older year groups, such as GCSE and A Level groups, we work with the students on specific set works, whether it be a 1960s pop song or a baroque chorus to aid them in their exam preparations.
With the money kindly donated to us from the Heritage Lottery Fund to open the Hendrix Flat, we were able to build a new learning space with an interactive screen and sound proofing so we can make as much noise as possible! Students also get the benefit of opening up a harpsichord to see how it works, to have a go on an electric guitar, see copies of Handel’s manuscripts and see a 1960s record player in action. With all of these fun and engaging resources both school groups and the learning team end up having lots of fun.”
To find out more about the work at Handel and Hendrix, and to see a selection of learning resources on offer, visit the website at www.handelhendrix.org/learn
Tagged as: GUEST BLOG, HANDEL, JIMI HENDRIX, MUSEUM
Share this post: