Making an Album – Advice from the Studio 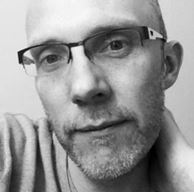 The music industry has centred around recordings for a long time. The album, which was originally a tool designed to promote the concert tour of an artist, has become the most important aspect for many musicians. But the process of making a record is complex and requires many considerations. Martin Lumsden, head of the Cream Room Recording Studio, talks to the Music Workshop Company about life on the other side of the microphone, and offers invaluable advice for any music students who are developing their own sound.
"If you play music the chances are that at some point you will get involved in recording what you play. Whether you are working with a home studio or are engaging professional help, there are a few things you can take care of that will hugely enhance your chances of getting a great result.
Step One – Writing
It’s all too common to make the mistake of wasting a lot of money on trying to create a fully produced, mixed and mastered recording from incomplete or underdeveloped material, rather than spend some quality time (rather than money) on writing and composition and then choosing the pieces that work best.
Step Two – Preparation
Rehearsals
Now it’s really important that you get practising. By the time you get to the studio you want to know arrangements for your songs – the intro, verse, chorus, bridge etc structure – so use your practice time to make sure everyone knows their parts.. Studio time is normally charged by the hour and it will be your time and money that you are wasting if you use your paid for time to figure out or remember how your song or your part goes.
This could also be the point where you may want to start discussing your project with a producer as they have experience and expertise that can assist you with suggestions and guidance to finalise your ideas.
That’s not to say there is no room for creativity during recording – but that really only works if you’ve got a solid foundation laid down first.
Instruments and Gear
If you have instruments, make sure that you have them checked and fixed before heading off to your session. If there is an instrument you need but don’t have, look into renting or borrowing. Often your chosen studio will be able to help but they need to know in advance – don’t just turn up expecting everything to be provided for you. Use the best gear that you can get your hands on, make sure it’s in good condition and that know how to use it.
Step Three – Production
The Team
You are almost ready to get into the studio but first make sure you’ve got a good idea of who is involved and what they are going to be doing. You might be bringing in outside help – a producer, an engineer, session musicians for example – or doing the whole project yourselves, but it’s still a great idea to decide on some responsibilities.
The most important role at this stage is the producer – either someone that you’ve appointed or one of your band members but it really helps to identify who this will be from the start. Remember that a typical studio engineer is not a producer – their function is to set up mics and capture recordings – not help you make creative production decisions. If you’ve appointed a producer to make creative decisions it should be clear that that’s what they are being paid to do.
The Budget
Of course you’ll need to get an idea of how much will it cost to record. Normally it helps to provide as much detail as possible about your project so that the studio can get a clear idea of what is is you want to achieve. Then they should help you manage your time and the money in order to get the best result.
As a rough rule bear in mind that there are three areas that you can negotiate
Price
Time
Quality
Generally speaking you can choose two at the expense of the other one.
For example
if you want it cheap and quick you should be anticipating low quality.
if you want it quick and good quality, it will almost certainly cost more
if you want the highest quality, it will take time and a bigger budget.
Try to work out everything that you will need to spend money on
Studio Time
Engineer
Producer
Travel
Food
Strings etc
Don’t forget what about duplication / artwork design & printing / distribution costs
For any studio project your main expense is going to be time. Most studios charge by the hour or by the day – so Steps 1 & 2 are important as they will help you avoid wasting your precious budget.
It’s a really good idea to consider your budget at the start rather than realise you’ve spent lots of money and not got the result that you want. Remember this is going to be the way the world gets to hear your music so it’s better to record a small amount really well than a lot of tracks badly!
And if you’d like to see inside the studio, here’s a short video from the Cream Room…
Tagged as: GUEST BLOG, MUSIC STUDIO, RECORDED MUSIC, RECORDING AN ALBUM
Share this post: