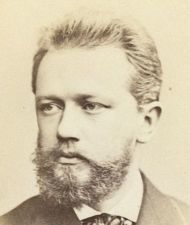 On 18th December 1892, Tchaikovsky’s ballet The Nutcracker was premiered at the Imperial Mariinsky Theatre in Saint Petersburg, Russia.
Although the ballet is now popular throughout the world, the premiere was not well received, with popularity only coming after Tchaikovsky worked the music into a Suite.
Following the success of Sleeping Beauty, Tchaikovsky was looking for inspiration for his next ballet and a gift of a new Russian translation of E.T.A Hoffmann’s story Nussknacker und Mausekönig gave him a story he could work with.
It has been suggested that his love of the ballet Coppelia by Delibes, premiered in 1870, which was also based on two Hoffmann stories, Der Sandmann (The Sandman) and Die Puppe (The Doll) may have influenced his decision.
Read more