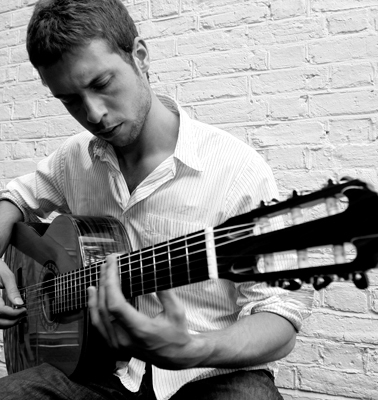 Summer 2018
Applications are open for a music award that supports young musicians from South East London.
Designed for artists between 16 and 25 years old who display musical talent, performance skills, business acumen and are passionate about forging a successful career, the Ed Renshaw Award was set up in 2012 in memory of an accomplished young guitarist who tragically took his own life aged just 30.
Renshaw was a gifted musician. Born in Greenwich in 1981 and a student at Thomas Tallis School, he began learning guitar aged 10. Music broadcaster Sandy Burnett called him: “a supremely talented jazz and classical guitarist.” But Renshaw also suffered with bouts of depression, and in 2011 he lost his struggle.
Judged by representatives from Peter Conway Management, a music management and promotions company which runs the award, and The Albany, a performing arts centre driven by the cultural diversity and creative mix of south east London, the Ed Renshaw Award is open to solo artists and bands. Cash prizes of between £1000 and £3000 help young musicians fund their career plans. Prizes also include mentorship and support from Peter Conway Management and rehearsal and performance space at The Albany. Winners are invited to partake in four live concerts between October 31st and November 3rd 2018, with headline acts to be announced later in the year. Musicians are chosen for their originality, talent and commitment, regardless of genre.
In its third bi-annual outing, Peter Conway Management and The Albany welcome a new partner, the national charity Youth Music. Funded by the National Lottery via Arts Council England, Youth Music exists to support children and young people, to build their confidence, resilience and self-esteem, and to develop the skills they need to succeed.
Youth Music’s CEO, Matt Griffiths says:
"We’re very pleased to support this award, which will provide vital career progression opportunities and support young musicians who might otherwise miss out."
Renshaw’s life is regularly commemorated by concerts at The Albany. Staged by family and friends in partnership with Peter Conway Management, proceeds from the events combine with donations from members of the public towards the award.
Winners from 2016 were Megan Tuck and Blinkz Virgo, and Jay Johnson and in 2014 prizewinners included Lucy Cait whose song Gabriel’s Wharf has been featured on the BBC’s Steve Lamacq’s Rock College.
The closing date for applications is Thursday June 28th, 2018 and shortlisted applicants will be interviewed by the awards panel on Saturday 14th July, 2018. Application forms can be found at thealbany.org.uk.
If you or a friend or colleague is suffering from depression, anxiety or other mental health issues, use the links on this advice page from Help Musicians to find help.
Those needing help and emotional support can also call Music Support on 0800 030 6789 or call the Help Musicians’ dedicated mental health helpline on 0808 802 8008. It’s free of charge and someone will be available 24 hours a day, seven days a week to take your call.
Tagged as: MENTAL HEALTH, SUPPORT FOR YOUNG MUSICIANS
Share this post: