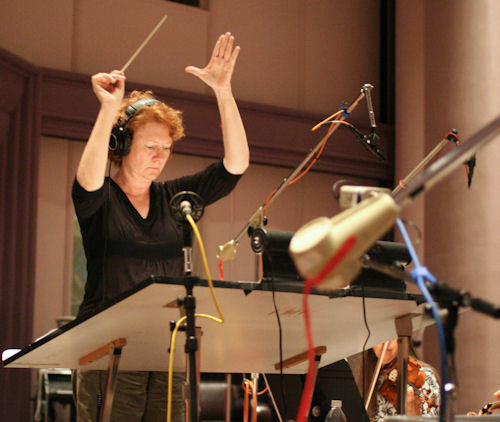 [Image: Gnissah]
This encompasses over 50 concerts and opera performances given each year by the conservatoire’s large-scale student performing groups, with a particular focus on 20th and 21st century British composers, including Trinity Laban students, alumni and staff.
Performances will include a new production of Thea Musgrave’s opera A Christmas Carol, symphonies by Louise Farrenc and Grace Williams performed by the Trinity Laban Symphony Orchestra, an exploration of the music of Trinity Laban alumna Avril Coleridge-Taylor, and music by current Trinity Laban composition students and staff, including Errollyn Wallen, Soosan Lolavar, Laura Jurd and Deirdre Gribbin.
The title Venus Blazing is taken from the title of a violin concerto by composition professor Deirdre Gribbin, who also runs the Venus Blazing Charitable Trust.
Trinity’s Chair, Harriet Harman, says:
"Trinity Laban Conservatoire of Music & Dance is strongly committed to diversity in all elements and it has a mission to constantly challenge the status quo. Venus Blazing is a great example of just how it can do this.
This celebration will encourage and inspire its students – many of whom will go on to shape the future of the performing arts – to engage with the historic issue of gender imbalance in music by women, and ensure that it does not continue into the next generation."
Tagged as: COMPOSERS, MUSIC EDUCATION, WOMEN COMPOSERS, WOMEN IN MUSIC
Share this post: